ALLIANCE
May 2005 Occasional Reprint Series:
THE MARKET UNDER SOCIALISM
W.B.Bland

This has not been published before, at least to our knowledge.  It was circulated to the members of the Stalin Society (UK) - an organisation founded by W.B.Bland.

It forms part of the Collected Works of Bland in preparation. 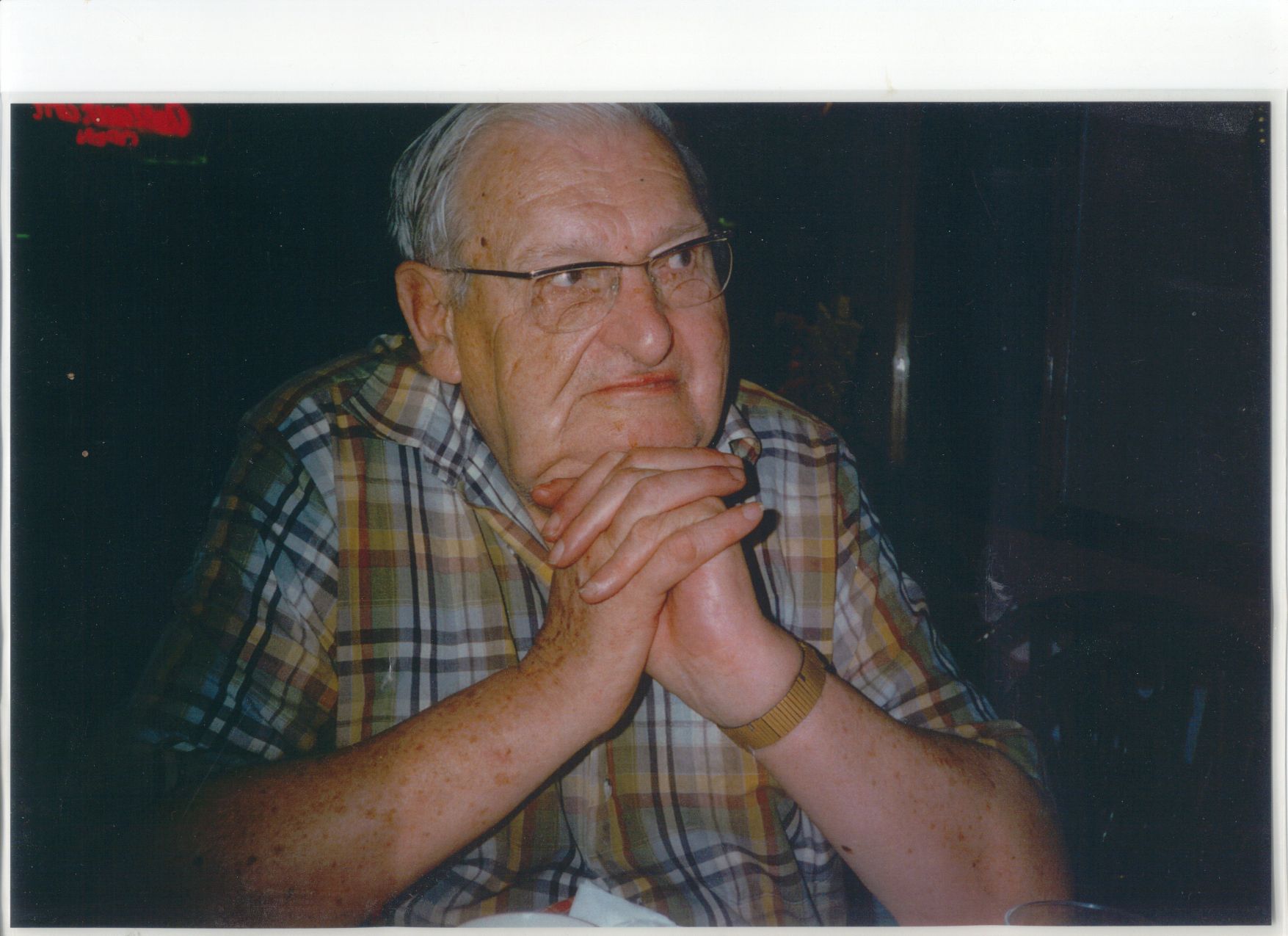 
With the permission of the Committee of the Stalin Society, I am circulating to members a statement on the present situation in Albania by another former Secretary of the Albanian Society and myself. An Albanian translation is being circulated underground by Albanian Marxist—Leninists.

I am taking the opportunity at the same time to circulate a clarification and amplification of the points I made in the discussion which followed Ella Rule's excellent paper on Stalin's Economic Problems of  Socialism in the USSR'.


W.B. Bland
THE MARKET UNDER SOCIALISM
Is there a Market under Socialism?


It was suggested during the discussion that the term 'market' had relevance only to a capitalist society.

But the dictionary defines the term 'market' as


and the term 'demand' as


The principle on which distribution is carried out under socialism is that:


that is, incomes are proportional to -- the distribution of commodities is geared to -- the quantity and quality of work performed.


"One man is superior to another physically or mentally, and so supplies more labour in the same time, or can labour for a longer time...Further, one worker is married, another not; one has more children than another, and so on and so forth...

But these defects are inevitable in the first phase of communist society as it is when it has just emerged after prolonged birth pangs from capitalist society. Right can never be higher than the economic structure of society".
(K. Marx: ibid.; p. 654, 565).


"...the basic economic law of socialism...(requires) the securing of the maximum satisfaction of the constantly rising material and cultural requirements of the whole of society".
(J. V. Stalin: 'Economic Problems of Socialism in the USSR'; Moscow; 1952; p. 45).


For the word 'requirements', we may substitute the word 'needs':


Since it is not possible under socialism for even the essential needs of society to be fully satisfied, the principle of distribution according to work performed fulfils Stalin's criterion of a socialist society by achieving the maximum possible satisfaction of the needs of society.


This principle of distribution is possible only when the productive forces have been developed to the point where there is an abundance of the necessaries of life and when people's attitude to work has changed from that which existed under capitalism; that is:

"when people have become so accustomed to observing the


fundamental rules of social life and when their labour is so productive that they will voluntarily work according to their ability..."
(V. I. Lenin: ibid.; p. 88).


Because distribution according to work performed gives a material incentive to workers to maximise production, it advances society as quickly as possible the requirement for communism of 'an abundance of the necessaries of life'.

Of course, distribution according to need under communism can never be absolute. While we may say that communism has been attained when all the necessities of life can be distributed according to need, the productive forces will continue to be developed and new needs will arise which can at first be satisfied only on a rationed basis, e.g., on the socialist principle in accordance with work performed.
Planned Production under Socialism

According to Stalin, as has been said:


"...the basic economic law of socialism...(requires)...securing the maximum satisfaction of the constantly rising material and cultural requirements of the whole of society".
J.V. Stalin: op. cit,.; p. 45).


For the word 'requirements' we may substitute the word "needs":

I suggest that this is a false contradiction.

Marx defines a commodity as a useful thing produced, not for the personal use of the producer and his family, as in what he calls 'natural' production, but for exchange (by barter for other commodities or by sale for money). According to Marx:


A worker in a clothing factory -- whether under capitalism or under socialism -- does not make garments for the personal use of himself and his family, but for exchange: that is, he produces garments as commodities for the market.

Under competitive capitalism, production is geared to the market automatically, through the profit motive.

When there is a glut of a certain commodity on the market, the opposite occurs, and production falls to the point where an average rate of profit is yielded.

There are vital differences in a socialist society.

In the first place, means of production do not come on to the market at all.

In the second place, the profit motive has been abolished along with the capitalist class.

In the third place, the price of a commodity is fixed by the state -- in general according to its value, that is, according to the average amount of labour involved in its production.

It is, therefore, impossible for the production of consumer goods to be geared automatically to the market. It must be geared to the market by conscious decisions of the central planning authority.

Let us take the matter of women's clothes. -- a subject on which I have... [Ms incomplete]

Under the capitalist system, we know that this is a field in which a great part is played by fashion, defined as:


It is clearly advantageous to the capitalists involved in the clothing industry that fashion should exert a strong influence on the ideas of people in society, and that fashions should change periodically. In this way, women consumers can be persuaded to purchase new clothes long before the old ones have worn out on the grounds that to wear last year's fashion is a reflection on the wearer's social standing, which is measured by her purchasing power.

It was the American sociologist Thorstein Veblen who pointed out the relation between clothes and social class. He noted that in feudal days, when the common people worked on the land, upper class women in Europe used to cultivate ultra-white skins to make their class position clear. Then, after the industrial revolution drove working class women into factories for ten hours a day, upper class women went in for deeply sun-tanned skins to demonstrate their different class position. And nothing could demonstrate more clearly than the crinoline that the wearer didn't work in a factory.

Under capitalism, a new fashion tends to be introduced at one of the periodical haute couture (high fashion) shows. The original designs are hand-made for a princess or pop-star, and cost several thousand pounds, so that they demonstrate that the wearer belongs to the upper class.

Many of these new designs are then bought at a high fee for mass production. But by the time they have trickled down to Marks and Spencers, a new fashion has been introduced by the haute couturists, and the process begins again.

In a socialist society, of course, the position is quite different.

Nevertheless, clothes designers will still be necessary. Suppose the planning authorities say: "Fashion is a bourgeois deviation", and instruct them to design only jeans as 'the symbol of a classless society'.

There is no great problem about producing enough jeans to meet the requirements of the whole population. But what of the women who don't want to wear jeans? Do they have to go on wearing the same old skirt for all time? Do you make it a criminal offence to wear a skirt? Are skirts really counter-revolutionary? Can such a policy be reconciled with the basic law of socialism -- 'the maximum satisfaction of the requirements of society'?

Of course, it is perfectly legitimate in a socialist society for education to be given on the public media, in schools, etc. on the aesthetic and health aspects of clothing. But the test of the success of such education is still, ultimately, the market.

There can be only one correct position on the planning of production in any field of consumer goods: To undertake "market research", defined as


Such systematic investigation in the field of women's clothing will tell the planners what proportion of women want to wear jeans all the time, occasionally and never. Designers can show new designs in fashion parades held in stores, factories and community centres throughout the country. Those attending can be asked to vote on new designs: 'Would you be interested in purchasing Design 4 if it were put into production and available at a reasonable price?'. The results of such investigations will be incorporated in the production plan for women's clothes.

Finally, what happens if the planners fail, as a result of neglecting market research, so that production of consumer goods is not geared to the market? Some types of clothes goods remain unsold and pile up in warehouses -- not because people do not have sufficient purchasing power to buy them, for in a socialist society this is geared to the total value of consumer goods produced), but because they do not want them.

Further, there will be a shortage in the shops of other types of clothing that people do want to buy, causing time-wasting queues and public dissatisfaction to build up. Crooks and spivs will begin to operate a black market in skirts and costumes in little back-street workshops, and soon distribution in this field falls into the hands of a local mafia.


We must see that this is made reality by ensuring that the production of consumer goods is geared to the market, to what what people actually want, and not to what some bureaucrat thinks they ought to want. This requires production to be based on scientific and democratic market research.